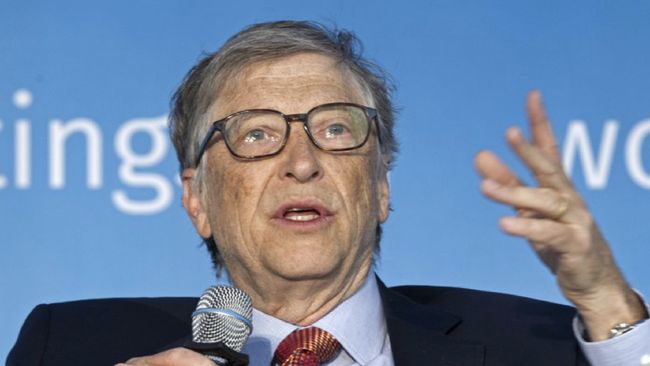 Jakarta, CNBC Indonesia – The fourth richest man in the world, Bill Gates, is not only known for his programming skills, but also for his love of the outdoors.

Secretly, Gates has purchased 242,000 acres of farmland across the US. It was enough to make him the top private farm owner in America.

Launching Forbes, after years of reporting that he bought farmland in places like Florida and Washington, The Land Report revealed that Gates, who has a net worth of nearly US $ 121 billion according to Forbes, has built up a massive farmland portfolio that covers 18 states.

Its largest holdings are in Louisiana (69,071 hectares), Arkansas (47,927 hectares) and Nebraska (20,588 hectares). In addition, it has a stake in 25,750 acres of transitional land on the west side of Phoenix, Arizona, which is being developed as a new suburb.

According to research in The Land Report, the land is owned directly and through a third party entity by Cascade Investments, Gates’ private investment vehicle. Cascade’s other investments include food safety company Ecolab, used car retailer Vroom and the Canadian National Railway.

While it may come as a surprise that a tech billionaire will also own the largest farmland in the country, this is not just one of Gates’ attempts to get into agriculture.

In 2008, the Bill and Melinda Gates Foundation announced US $ 306 million in grants to promote high-yield sustainable agriculture among small farmers in sub-Saharan Africa and South Asia.

The foundation has invested further in the development and breeding of climate change-resistant supersets and higher-yielding dairy cows. Last year, the organization announced Gates Ag One, a nonprofit organization, to advance the effort.

To quote Forbes, it’s not entirely clear how Gates’ farmland will be used, or whether any land is devoted to conservation. However, there are some indications that the land could be used in a manner consistent with the value of the foundation.

Cottonwood Ag Management, a subsidiary of Cascade, is a member of Leading Harvest, a non-profit organization that promotes sustainable agricultural standards that prioritize the protection of crops, land and water resources.

Gates is not the only billionaire on The Land Report’s list of top private farm owners. Wonderful Company founders, Stewart and Lynda Resnick are in third place with an area of ​​190,000 hectares. Their farm produces goods for their brands including POM Wonderful, Wonderful Pistachio and Mandarin Wonderful Halos.

Although Gates may be the owner of the largest farmland in the country, he is by no means the largest individual land owner.

CNN founder Ted Turner is in third place with 2 million hectares of farmland in eight states. In fact, Amazon CEO Jeff Bezos invests in land on a large scale, occupying the 25th position with his holdings of 420,000 hectares, primarily in west Texas.