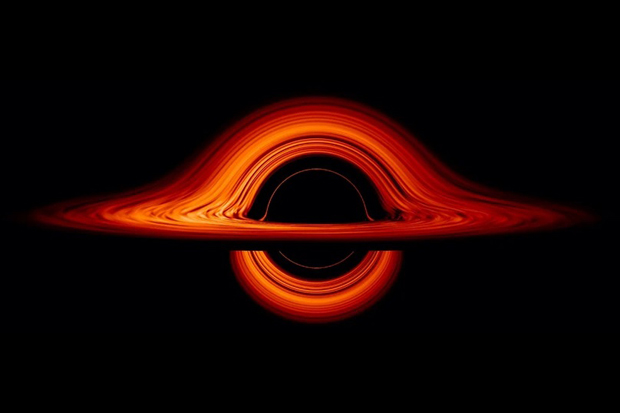 JAKARTA – For decades, para scientist has attempted to unravel the complex mysteries of physics. Could it be the enormous energy produced by black hole can be used by humans?

If humans are able to harness the extraordinary energy from black holes, it seems likely that an energy supply for a distant planet will be guaranteed. Currently scientists are trying to find ways how to utilize the black hole’s energy for human life. (Read: Three Black Hole Inventors Win the 2020 Nobel Prize)

The theory of scientists shows that when the magnetic field lines are broken and reconnected properly, it will accelerate the plasma particles into energy. In this way a large amount of energy black hole will be converted into useful energy.

Based on Comisso’s new design co-authored with physicist Felipe A. Asenjo of the Universidad Adolfo Ibáñez in Chile, they created a prism to see how energy extraction from a rotating black hole could work. (Also read: Researchers were dumbfounded, it turns out that snakes can climb in an unusual way)

Given their extreme mass, it is fair to assume black hole also contains enormous energy. Unfortunately it is all locked in the bottom of the space-time pit.

It seems that the Emminent University of Oxford physicist and mathematician Roger Penrose suggested an ingenious method. In what became known as the Penrose process, energy could theoretically be extracted from a region outside the black hole’s event horizon, called the ergosphere.

This famous idea was experimentally verified by scientists in a paper published a few months ago. But that’s not the only recommended way to harness the energy of a rotating black hole. (Also read: Feel Relaxed with a Vacation on the Private Island Itaafhusi)

Another recommended way is to take advantage of Hawking Radiation. Where in this theory is based on quantum mechanical emission, or better known as the Blandford – Znajek process. With this theory, energy can be extracted electromagnetically through the magnetic field around the black hole.

From the perspective of a black hole, the falling particles will turn into a certain amount of negative energy. From the outside black hole , the particles that come out will have positive energy that can be used for energy needs.

“We calculate that the plasma energy process can reach an efficiency of 150 percent, much higher than any power plant on Earth,” said Asenjo. (Also read: More Contagious, New Corona Virus Strains Evolved in the United States)

Achieving an efficiency of more than 100 percent is what makes remembering possible black hole give off energy that is given free to the plasma that comes out of the black hole. “Indeed we have to work hard to make practical use of this energy,” he said.