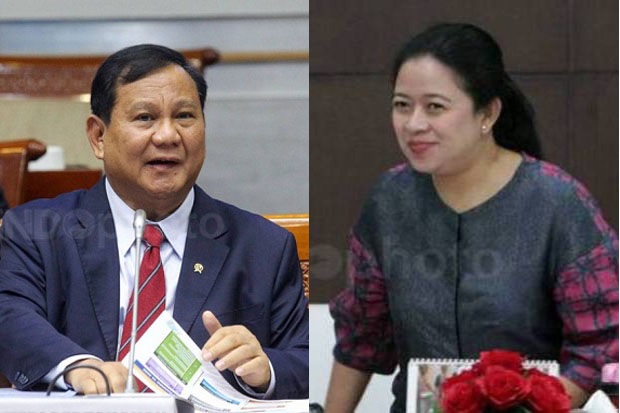 JAKARTA – The presence of a duet of contestants for the 2019 Presidential Election, Prabowo Subianto and Sandiaga Uno (Sandi) in the Advanced Indonesia Cabinet opens opportunities for both of them to compete again in the 2024 Presidential Election. The PDIP-Gerindra scenario appears to pair Prabowo Subianto-Puan Maharani or Ganjar Pranowo-Sandi Uno.

Executive Director of Indonesia Political Review (IPR), Ujang Komarudin, said who the pair will fight in the 2024 presidential election depends on the popularity and electability of each pair.

However, Ujang saw that Prabowo-Puan was more likely to be nominated by their respective parties. Because, they were both considered party owners. Prabowo owns Gerindra. Meanwhile, Puan’s mother, Megawati Soekarnoputri, owns the PDIP.

On the other hand, Ganjar-Sandi is considered to have no party. They both are just regular party cadres. “However, if the two pairs have high popularity and electability, other parties can nominate them,” said the political analyst from Al Azhar University Indonesia.

As previously reported, Sandiaga Uno’s entry into the Advanced Indonesia Cabinet opened the opportunity for him to advance for the 2024 presidential election. It could be that the duet of Ganjar Pranowo-Sandiaga Uno will materialize.

(Also read: The Ganjar-Sandi Duet has the Opportunity to Advance in the 2024 Presidential Election, Puan Chair of the MPR ).

According to constitutional law expert Refly Harun, it is not without reason that President Joko Widodo (Jokowi) recruited Sandiaga Salahuddin Uno to become minister. “It must be related to the tide of horses in 2024,” Refly was quoted as saying SINDOnews, Thursday (24/12/2020), from a video entitled SANDI DIRECTOR RACE, SUPPORT OF JOKOWI DISAPPOINTED !! which airs on the YouTube Channel Refly Harun.

(Also read: Prabowo-Sandi Choosing to be Jokowi’s Subordinate, AHY Must Take the Symbol of Opposition ).

Then, what will happen to Puan Maharani, who is also said to be advancing in the 2024 presidential election? Refly said, Puan is reserved for the next period. Puan, according to Refly, might become the Chair of the Indonesian MPR. “Now the Speaker of the DPR, later the Chair of the MPR,” he said.