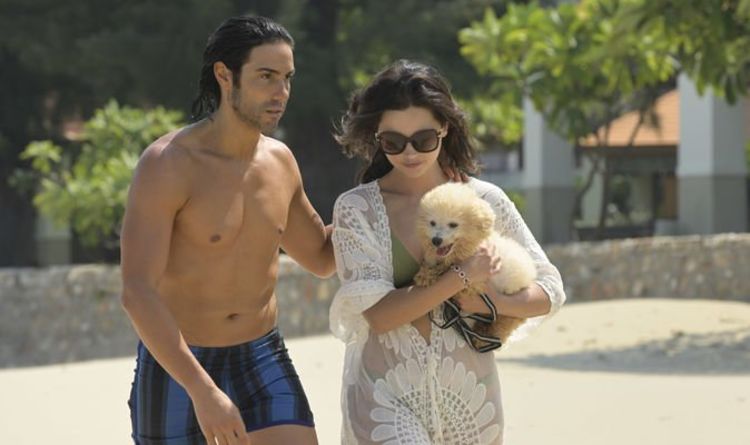 Charles Sobhraj played by Tahar Rahim in the new BBC miniseries, The Serpent. The series tells the real-life story of a killer who preys on tourists from the West during the 1970s. Fans want to find out more about its accomplice, and Express.co.uk has everything you need to know.

Who was Charles Sobhraj’s accomplice?

Viewers were excited to find out more about Sobhraj after The Serpent was released on BBC One.

The series reminisces how Sobhraj, nicknamed The Bikini Killer, tricked the victims and committed at least 12 murders.

Sobhraj, who was thought to have an anti-social personality disorder, began committing petty crimes that escalated into robbery and robbery.

In the early 70s he had a number of muggers, including his wife Chantal Compagnon, a young Parisian woman.

She helps him escape after an unsuccessful armed robbery attempt at a jewelery shop at the Ashoka Hotel in 1973.

READ MORE: Is The Serpent based on a true story?

He spent the next few years on the run, and he was accompanied by his half-brother André in Istanbul.

They became criminal partners and committed crimes in Turkey and Greece, but André was arrested by Greek authorities.

An Indian man named Ajay Chowdhury is another criminal who later becomes the second person in Sobhraj’s command. They carried out the first recorded murder in 1975.

Another famous follower is Marie-Andrée Leclerc, who was once an avid tourist.

Sobhraj traveled with Chowdhury and Leclerc to Singapore, India and Bangkok in the mid to late 70s.

By 1976, Sobhraj had created a criminal ‘family’ – including Barbara Smith and Mary Ellen Eather.

He is known as the Bikini Killer because many of his victims were found in certain clothes.

Some of the victims drowned, others were burned and strangled.

After his first stint in prison, he retired to Paris and continued traveling.

In 2003 he was seen in Kathmandu and the Nepalese police, who were able to relaunch a double murder case from 1975 and land him sentenced to life in prison.

His story has been told in books and a number of TV series, with the most recent depiction being The Serpent.

The series focuses on Sobhraj’s arrest and trial. Talking about what preparations he did before the role, actor Rahim said: “I need to understand in what way a killer … I want to start there.

“I read a lot of books on the subject, plus I talked to several experts. I did my homework.

“When you play someone who is alive and not very famous, the main thing to do is catch the soul.

“From there you can create everything … but it’s the soul, it’s a hard thing to grasp. Especially with Charles … it’s not easy.”

The Serpent airs on BBC One